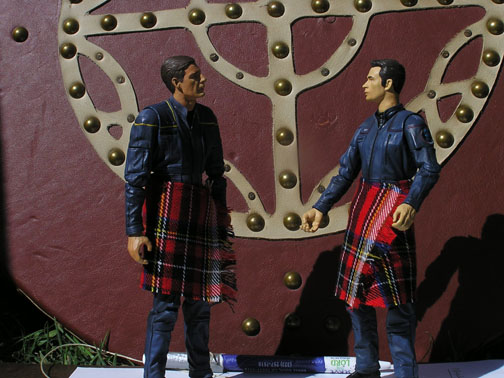 Jon: Whose idea was this, anyway?

Trip: But, Cap'n. We need to blend in with the locals. Besides, I've always wanted to see you in a skirt.

Trip: Hey, you know how to tell a REAL Scotsman?

Trip: Look under his kilt, if he has a quarter-pounder, then you know he's a MacDonald!!!!!

Jon: Does this make me look fat?

Jon: tell me again why we have to wear these kilts to your highschool reunion?

Trip: it was a Catholic school.

Jon: I thought only girls wore the kilts.