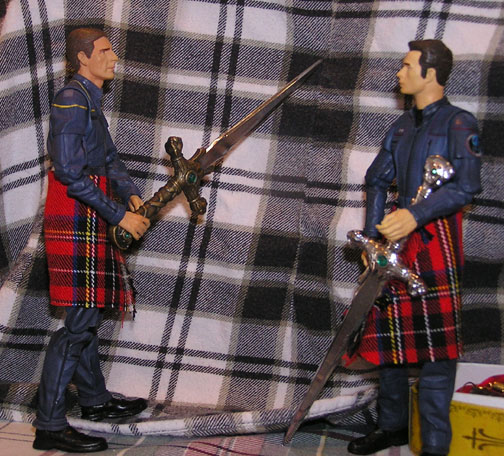 Hey, Cap'n! Watch where you're swingin' that thing! mutters *I knew it was a mistake to let him watch 'Braveheart' with me.*

Jon: "Aha, Lone Star, I see you have a Schwartz as well! But do you know how to use it?"

Trip: Then this would be 'Men in Tights.'

Jon: "Hello, my name is Jonathan Archer you killed my father, prepare to die."

Trip: Cap'n, when you said you wanted to play with swords, Ah didn't think you meant it quite this literally!