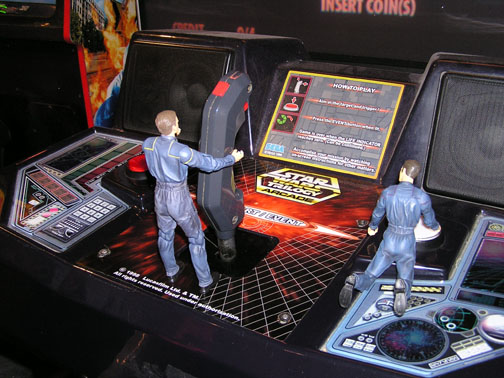 "Cap'n, you've got a chance for a new high score!"
"Just keep pushin that button, Commander!"

Trip on his knees, Archer with his hands on a really large...joystick. Now that's an episode I'd like to see!!

Jon: Han Solo wins again!!!! Man, Trip have you ever seen such a huge joystick?