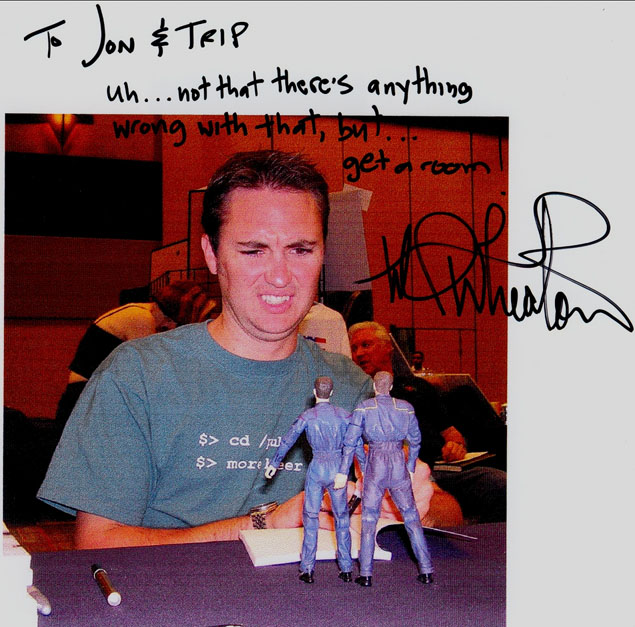 What can we say? bandybones gave Wil Wheaton the printout of the picture at another convention later in August, and, well,

I think he wins.

And, by the way, Trip, the Traveller and I ARE just friends.

BTW...I agree, bandy. Wil came up with the PERFECT caption! Let it ride!

All the rest of us can do is second-best! (grin)

lol gd idea getting it signed, and yeh he had the best caption